The Mongolian Circus Production has arrived at the Capital Circus of Budapest! 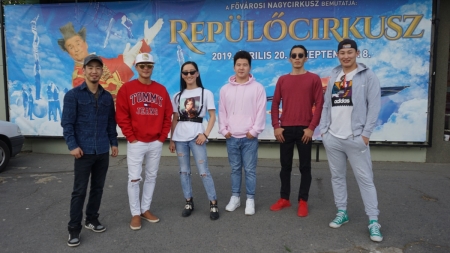 The Mongolian Circus Production performing in our FlyingCircus show premiering on the 20th of April has already arrived at the Capital Circus of Budapest! The company performs two productions, one is a rope skipping act, the other is a Hand Voltige on Ball production, with which they have won the Golden Elephant Award of the International Circus Festival of Elephant d’Or and the Silver Award of the International Circus Festival of Bayeux! Since the requisites of the group has arrived already, they can soon practice in the circus floor!