The world-famous Slava Polunin, creator of SLAVA’S SNOWSHOW has arrived in Hungary! 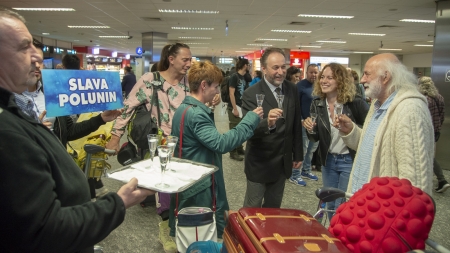 Today at 18:05 Slava Polunin, creator of multiple-award-winner SLAVA’S SNOWSHOW production has arrived at the Budapest Ferenc Liszt International Airport - the production will be presented between the 11th and 14th of April in the Capital Circus of Budapest, for the first time in Hungary! The clown legend was welcomed by Péter Fekete Minister for State for Culture, who, with Attila Vidnyánszky, General Director of National Theatre, has invited the company to Hungary, so the MITEM Festival would be opened with their performance!