Fumagalli – The most famous clown in the world will perform in the Capital Circus of Budapest! 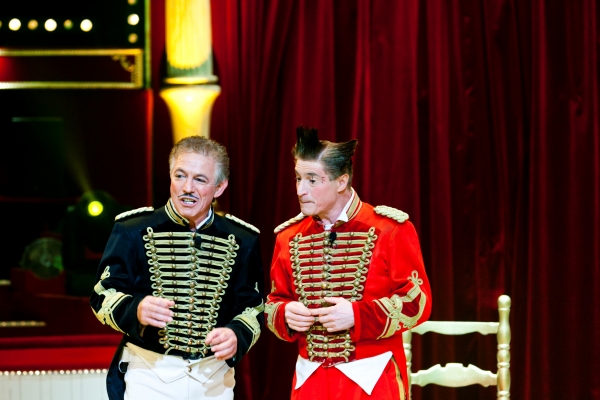 From the 20th of April, in the summer show of the Capital Circus of Budapest directed by Krisztián Kristóf, the most famous clown in the world, Fumagalli will appear, who won the Silver Clown Award in the International Circus Festival of Monte-Carlo of 2001, while in 2015 he won the Golden Clown Award with his brother, Daris.

Kristian Kristof – director of the FlyingCircus 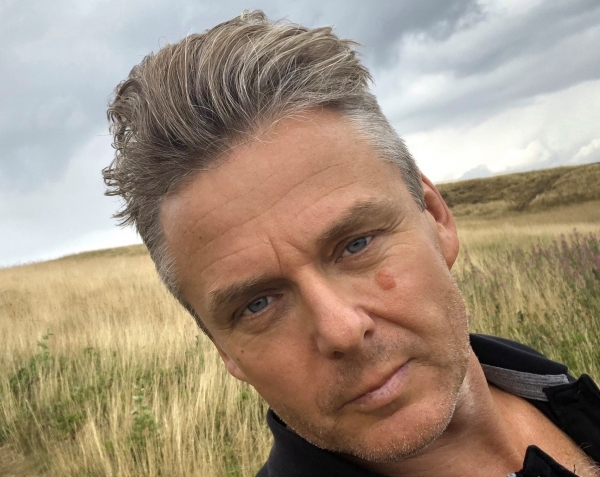 As a member of an internationally renowned, world-famous artist family Kristian Kristof lives in the enchanting world of circus since his childhood. After graduating from the Baross Imre Institute of Artist Education and Hungarian Dance Academy he became world-famous with his unique juggling act. He was included in the Book of Guinness Records with his peerless cigar box juggling act.

Capital Circus will take flight in the summer! FlyingCircus in the direction of the world-famous Kristian Kristof! 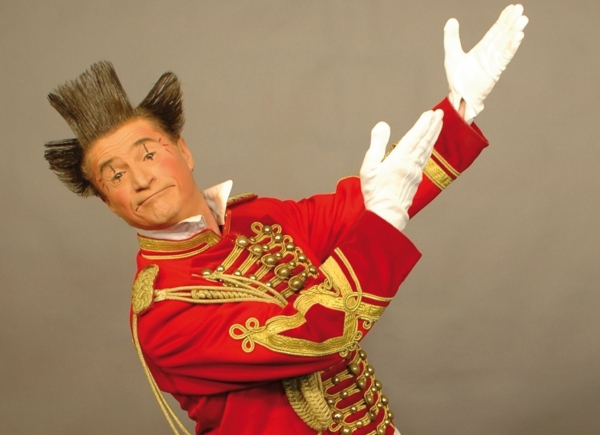 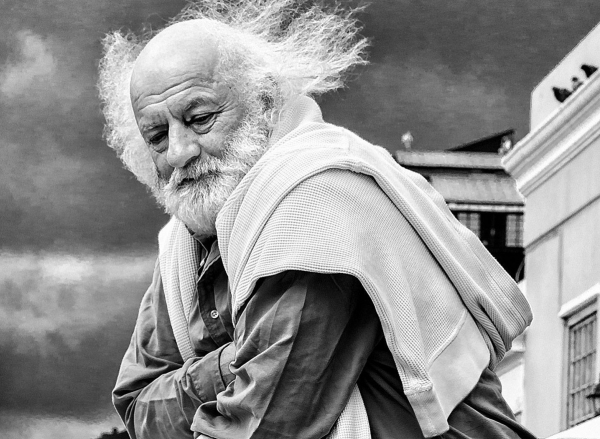 There were many interviews with Slava Polunin, world-famous clown during his career. Now he talked about clowns, laughing, Russian humour, recognition, and learning and teaching as well. 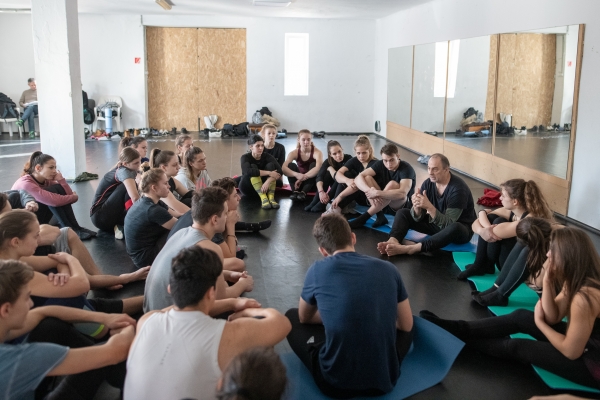 Dénes Döbrei choreographer, theatre director held a week long workshop in the MACIVA Circus Art Studio for the students of Baross Imre Institute of Artist Education so that he can make with the chosen students and Stefan Haves, clown master and casting director of Cirque du Soleil a unique movement-based play which will be presented in the Sziget Festival. In the last day Dénes Döbrei talked about his work method and goals. 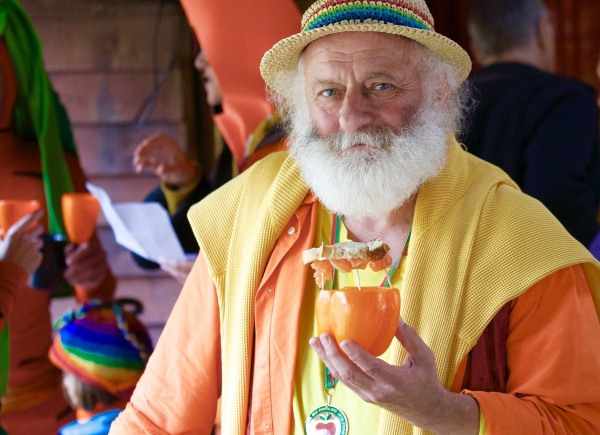 There were many interviews with Slava Polunin, world-famous clown during his career. Now he talks about the conception of the SLAVA'S SNOWSHOW. 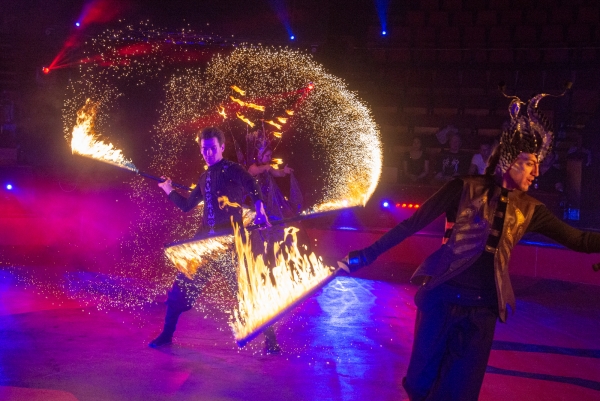 We talked with three members of the fire juggler troupe Anima Prizma who perform in the Phoenix – Circus of Fire about the taming of fire, their exciting productions, inspirations and the currently running innovative show. 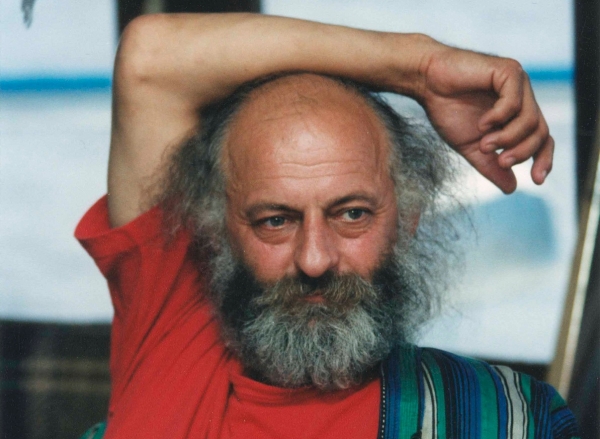 There were many interviews with Slava Polunin, world-famous clown during his career. In our selection, You can read about the beginnings, his worldview and art.

Dynamism and professionalism – Interview with the TwirlinGirls 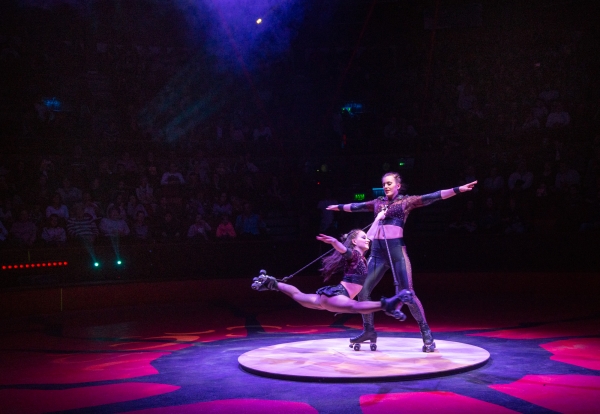 Csenge Jerabek and Szilvia Faludi are not unknown for the audience of the Capital Circus of Budapest, since the artists graduated from the Baross Imre Institute of Artist Education have already performed in the Circus Night of 2018 and in the art show of the institute, the Ludas Matyi in the circus show. In our Phoenix – Circus of Fire show they will amaze the audience until the 10th of March, while Szilvia Faludi will enchant the audience with a graceful aerial ring act.

Behind the scenes: the staff – interview with László Varga, ringmaster of the Capital Circus of Budapest 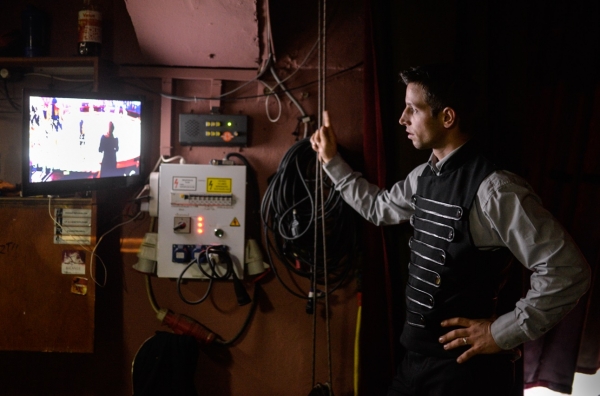 The professionals proving themselves day by day behind the scenes of the circus always work in the background to make the miracles, the catharsis happen which keeps this art form alive. They devote their life to the wonder of circus and performing arts. Their devotion, humility, love of circus and professional skills are exemplary, the limits expand between their hands as the technical background of each artist production comes to existence, and the impossible is born.

A breath-taking aerial act – we held the chandelier rehearsal of the Flying Circus in the weekend! 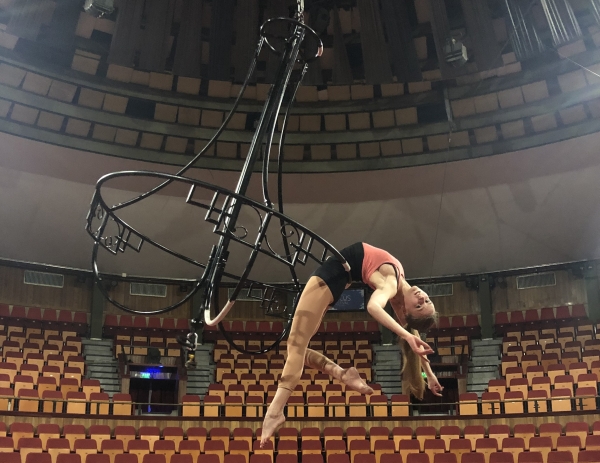 Even if the premiere of the summer show of the Capital Circus of Budapest, the 20th of April is far away, we have already started the preparation for the Flying Circus. We took a look into the third rehearsing day of Ukrainian artist Lena Dolinskaya, performer of this classic circus show, while we asked the director of the show, Krisztián Kristóf about the rehearsals and the FlyingCircus.

The VI. Madách International Theatre Meeting will start in the Capital Circus of Budapest 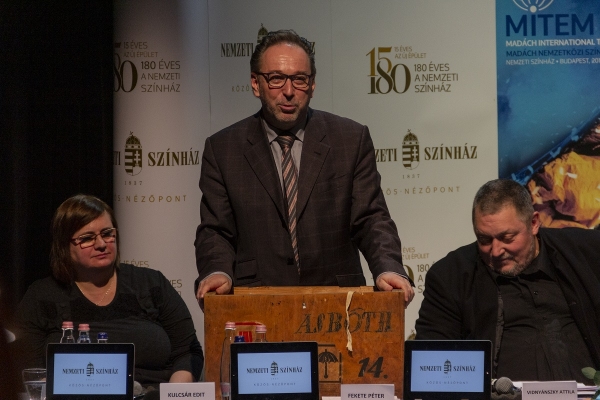 On the 5th of February 2019 the press conference of the Madách International Theatre Meeting (MITEM) was held in the National Theatre. The VI. MITEM Festival will start in the Capital Circus of Budapest with the SLAVA’S SNOWSHOW. The audience can see twenty-three productions of fourteen countries in four places between the 11th of April and the 5th of May. 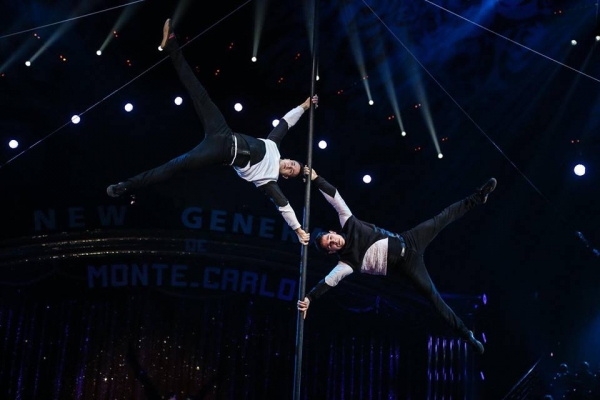 The star of artists Benjámin Kassai and Ádám Fehér rises with an incredible speed. The young promising talents of the Hungarian circus art went to the same class in the Baross Imre Institute of Artist Education, where they quickly became friends and at the age of 14, after specialization, alone in the class they started to learn the mysteries of the Chinese pole which they find the most sympathetic. The twenty-one year old gifted artists became famous on the 12th Budapest Circus Festival, where the professional jury gave them Bronze award for their Chinese pole act.

The master of illusion – Interview with illusionist Dávid Nagy Molnár 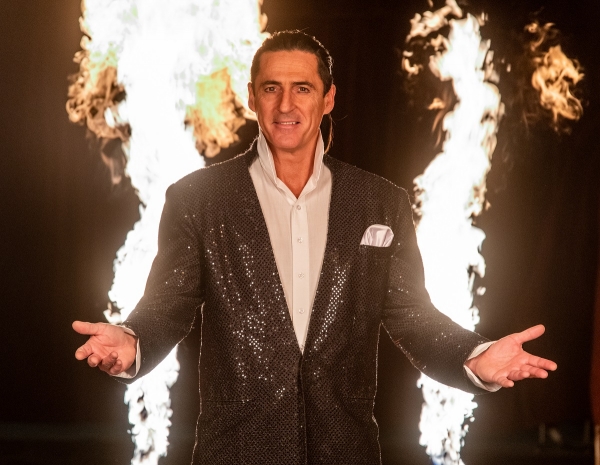 We talked with Hortobágyi Károly Award-winner, multiple foreign magician festival award-winner Dávid Nagy Molnár, who won the second award in the World and European championship and performs in the Phoenix – Circus of Fire show about the mysteries of being a magician and our current innovative show which will be in the circus until the 10th of March.

“I could never work from routine, because I love what I do, and I always try to find new magic in it!” – Interview with Anita Gábor 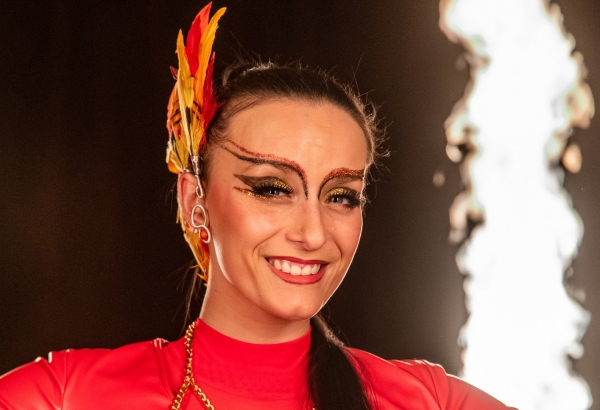 We talked with Anita Gábor artist about her career, the similarities and differences between theatre and circus art, new challenges and the Phoenix – Circus of Fire innovative show which features her as the main role. 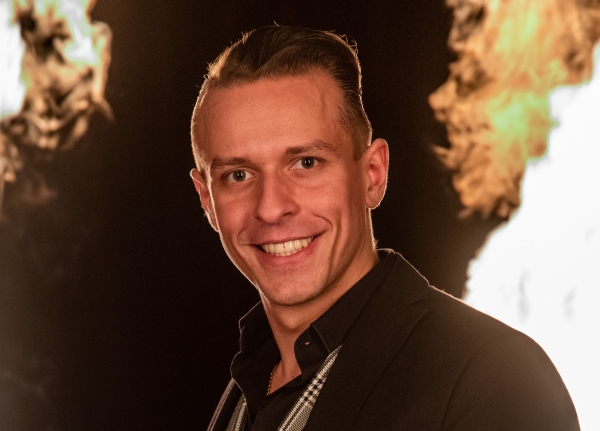 We talked with Junior Prima award winner Ahmed Moussa, choreographer of the newest show of Capital Circus of Budapest about his career, the importance of our culture, the inner fire and the Phoenix – Circus of Fire show. 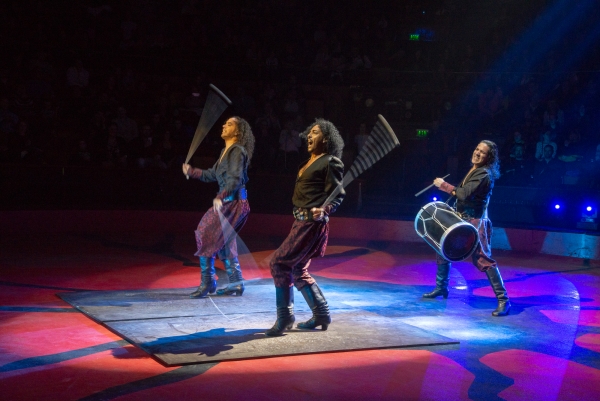 Our Phoenix – Circus of Fire show chiefly features Hungarian artists. The sole exceptions are the Diaz Brothers, who evoke the rhythm of the South American pampas with a dynamic Gaucho act. We have talked with Ernesto Andres Diaz, eldest of the Diaz Brothers.

Effortlessly in the face of death – Interview with László Simet Jr. 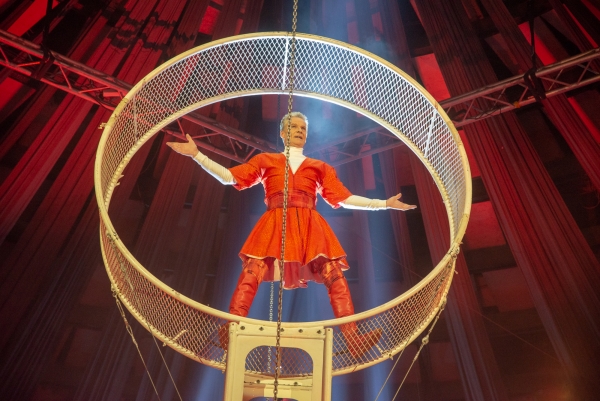 We talked with László Simet Jr. – multiple circus festival award winner artist and performer of the Phoenix – Circus of Fire show – about his exciting productions, new and old experiences regarding the Capital Circus of Budapest and the current innovative show.

The Information and Communication Committee of Hungarian National Commission for UNESCO held its first session in the Capital Circus of Budapest! 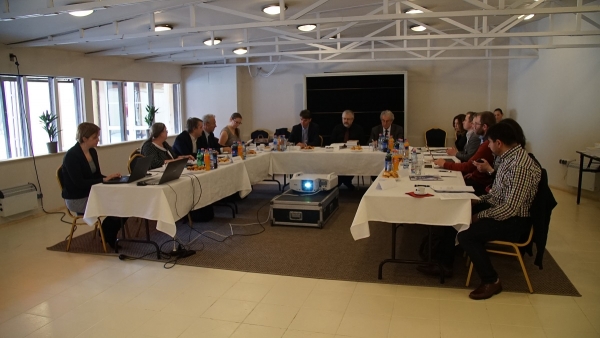 On the 24th of January 2019 the Information and Communication Committee of Hungarian National Commission for UNESCO held its first, inaugural session in the parlour of the Capital Circus of Budapest. 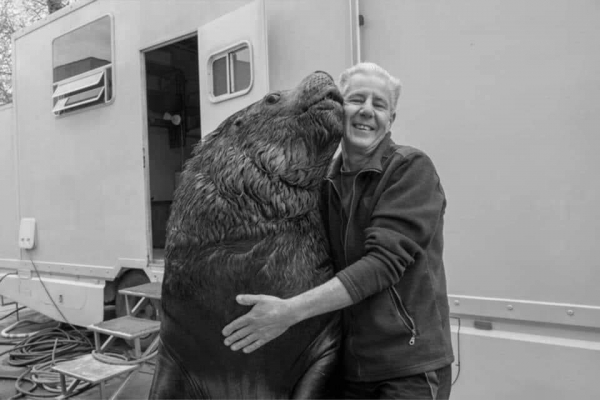 Steven Pedersen was an always smiling, cheerful man. When he arrived last spring in the Capital Circus of Budapest, the first thing he did was to make sure that Teddy and Scooby, the two Patagonian sealions were alright, they felt themselves home in their new place and got their daily fish-ration. Only after that he went to the office in order to sign his contract and get information from his tasks.